As a former school teacher, Treasurer Magaziner knows firsthand that students must have access to safe, modern learning environments in order to receive a 21st century education that prepares them to successfully enter the workforce after graduation. That’s why he led the Rhode Island School Building Task Force in crafting the plan for a once-in-a generation investment across all 306 Rhode Island school buildings.

Three years after the launch of the School Construction Plan, Treasurer Magaziner released Moving Forward: A Progress Report on Rhode Island School Construction to outline progress statewide, which includes $1.3 billion in school construction work approved and over 160 schools seeing real changes. As of the April 2021 release of the progress report, 22 districts had already received funding, impacting over 87,000 students and supporting an estimated 21,000 jobs in Rhode Island. 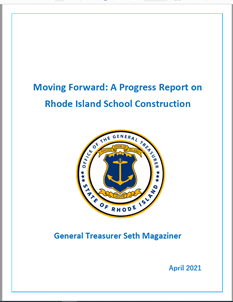 Many of these school construction projects were made possible by increased state support; which was one of the many recommendations made by  the School Building Task to dramatically change the state of Rhode Island public schools.

A $250 million General Obligation bond, which was approved overwhelmingly by voters in 2018, has been used to supplement municipal funding for each project. The Task Force recommended that voters consider a second $250 million General Obligation bond in 2022, to ensure that all Rhode Island students attend schools that are warm, safe and dry and equipped for 21st Century learning.

Chaired by General Treasurer Seth Magaziner and Education Commissioner Ken Wagner, the Task Force released a plan to make a once-in-a-generation investment to public schools throughout the state. 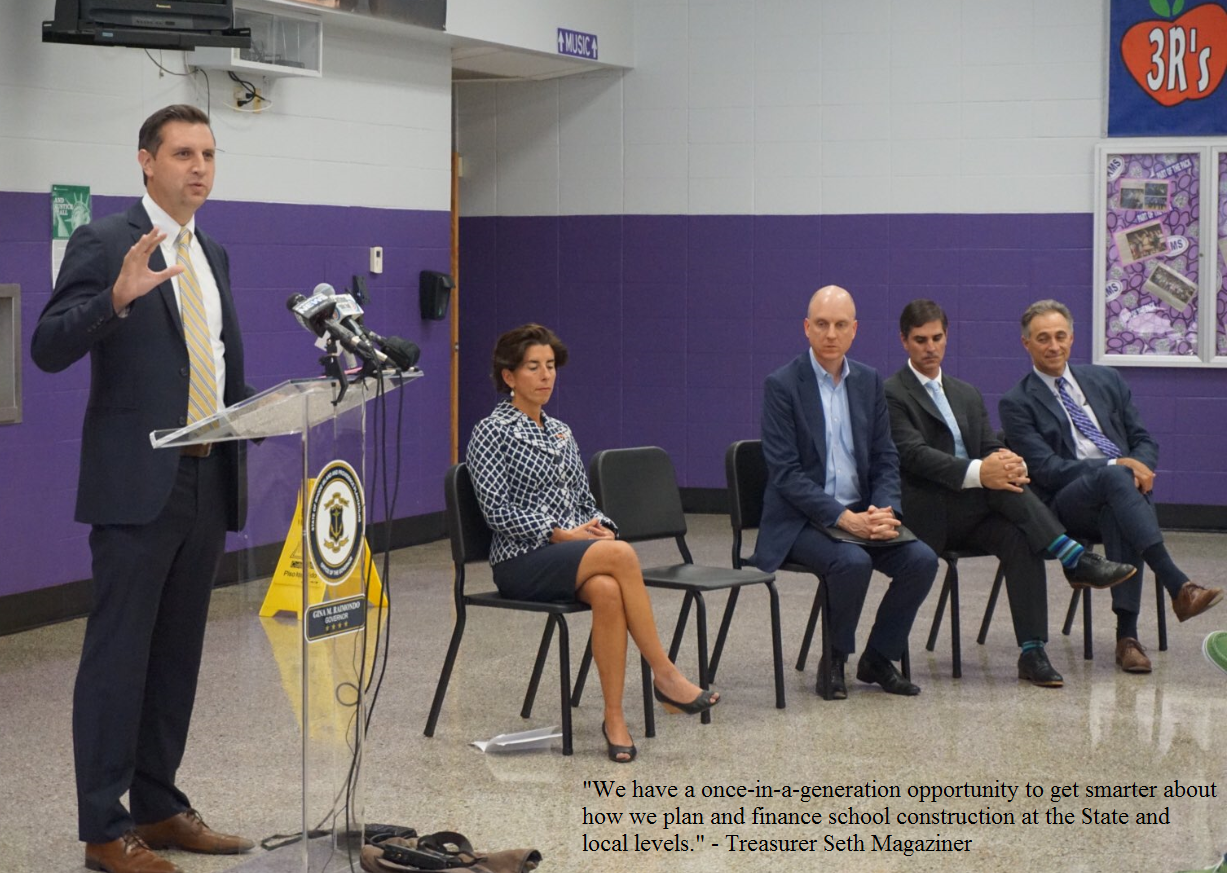 The Task Force also recommends issuing $500 million of state General Obligation bonds for public school construction and repair over the next 10 years, with the first bonds to be proposed to voters in a referendum in 2018. This level of bonding is less than half of the state's total capacity to issue bonds over the next decade, according to the state's Debt Affordability study completed earlier this year.

The plan was created in response to the R.I. Department of Education's 2017 State of Rhode Island Schoolhouses report, which was the culmination of a year-long assessment commissioned by the School Building Authority and completed by Jacobs Engineering. That report identified more than $2.2 billion in deficiencies in the state’s 306 public schools, more than $600 million of which are immediate “warm, safe, and dry” needs. The report also found that the state’s current level of support is causing the cost of repairing these deficiencies to grow by an average of $70 million per year.

In September 2017, Governor Raimondo signed an executive order creating the Rhode Island School Building Task Force, which considered policy and financial models with a focus on how to meet the needs outlined in the Schoolhouses report.
Other members of the Task Force include:

Task Force meetings were held throughout the autumn of 2017 and were open to the public. Information on meeting dates, agendas, and presentations are below. Additional information on the Task Force can be found here.

The meeting was streamed live on Facebook. You can watch the video here.

The meeting was streamed live on Facebook. You can watch the video here.

This meeting was streamed live on Facebook. You can watch the video here.

The tour was streamed live on Facebook. You can watch the video here.